By Satyajit Daulaguphu on Saturday, December 22, 2018 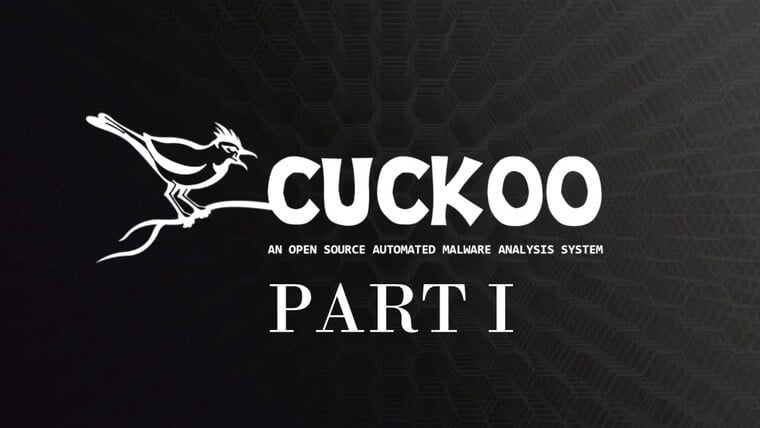 For the past couple of months, I thought of implementing an internal Sandbox for my organization as you cannot rely totally on other community-based sandboxes available on the internet like Hybrid Analysis, Joe Sandbox, Reverse It, etc… Though they give you the best results, very much need arises to have an internal sandbox in your organization as you don’t want to expose any internal organization documents or data while analyzing the file through any community-based sandboxes where the results are saved on their databases and anyone with the analysis link can have access to that report. However, in our case, the results will be stored in our local database.

So in this post, I will try to help out those who are trying to do the same or at least feels the same need or even for their own learning purpose. This post will be divided into several parts of the installation and configuration to make it perfectly working for you. While doing some research I found several posts regarding the installation of Cuckoo Sandbox but I haven’t found a detailed post yet that provides everything from installation to configuration and troubleshooting of Cuckoo Sandbox modules so as to achieve desired results without any issue. And this is what I am trying to achieve here.

Read More: How to Install and Get Cuckoo Sandbox Working Perfectly – Part II

Disclaimer – Setting up a Cuckoo Sandbox is not an easy task as it doesn’t come in one complete package. It requires installing of several modules separately to make it work perfectly. You might break something while installing. Proper care of the instruction is required while performing an installation.

Cuckoo Sandbox works around the concept of having a vulnerable guest machine(s) for analysis inside the Virtual Machine (VM), installed on your host machine. So, it requires a host and a guest machine for it to work properly.

NOTE: It has come to my notice that my readers are facing issues while setting up Cuckoo Sandbox. I highly urge them to install v2.0.6 and it will work seamlessly. Installing the latest version which is v2.0.7 may lead you into some issues as my post may not be compatible with. Also, I may not be able to help people who have installed the latest version unless I try it out myself.

Will get into more details about the software when we will install these in the vulnerable machine. In this article, I will be focusing on getting the host machine ready so that Cuckoo Sandbox doesn’t give any issues in a future installation.

Getting Your Host Machine Ready

After having a fresh install of Ubuntu’s latest version it is recommended to perform a full update of your system and upgrade your Linux kernels (if any available).

Cuckoo Sandbox requires several packages and libraries to be installed before installing it. Without these dependencies, you will run into an issue. Proceed with the steps below to install the dependencies.

Before we proceed with the newer version of Python installation, let’s just check which version is already installed. You can do that by typing “python -v” in a terminal. If version 2.7 is what you see then proceed further with the installation.

Python 3 is required for the installation of mitmproxy which we will cover in later steps of installation, As mitmproxy no longer supports Python 2, it requires v3.5 or above.

To begin the installation, navigate to the “src” folder and follow the below steps.

Now to proceed with the installation you have to be a super user. Type “ ” and type in your password.

Next, we need a Pillow to be installed in our host machine. But before we do that let’s just first upgrade the version of pip as we will be installing pillow through pip.

If you want to use Web interface, MongoDB is required. We will be downloading everything in the downloads folder and ing the installation there.

Cuckoo by default uses SQLite database for tracking analysis tasks which work perfectly but is not as robust as PostgreSQL database. The only drawback with SQLite is that when an analysis task is deleted, task IDs are recycled which leads to confusion when a new analysis task exists at the same location, possibly for a different malware sample.

tcpdump is a common packet analyzer that captures the network packets being transmitted or received over a network. This would be helpful to us in analyzing the network activity performed by the malware.

Now restart your system so that all the new installation settings can be applied and navigate to the Downloads folder again as we will be downloading more software.

M2Crypto is a complete Python wrapper of OpenSSL that features RSA, DA, DH, EC, HMACs, and more. We will be installing M2Crypto for adding cryptographic support and security to your Python applications.

Currently, M2Crypto library is only supported when SWIG has been installed. To install SWIG, type:

If SWIG is already installed on your system like as in my case as well, we can now go ahead and install M2Crypto. Here, I have installed the latest version i.e 0.31.0.

Now we will be installing Volatility as we want our Cuckoo Sandbox to also perform forensic analysis on memory dumps of the given sample. It can automatically provide additional visibility into deep modifications in the operating system as well as detect the presence of rootkit technology that escaped the monitoring domain of Cuckoo’s analyzer.

Navigate to the folder that you have just cloned and run command:

diStorm3 is a decomposer, which means it takes an instruction and returns a binary structure which describes it rather than static text, which is great for advanced binary code analysis.

Download the latest version of distorm from the given link:
https://github.com/gdabah/distorm/releases

Now navigate to the extracted folder and run below command

PyCrypto actually stands for Python Cryptography toolkit and is a collection of both secure hash function and various encryption algorithms.

YARA is a tool that helps malware researchers identify and classify malware samples. With YARA we can create descriptions of malware families based on textual or binary patterns.

Now with this tool, we will be able to identify the type of malware when our sample is analyzed.

Download the latest version of YARA from the link: https://github.com/VirusTotal/yara/releases

Navigate inside the YARA folder and type below commands:

Now we will be installing an anonymous FTP server called vsftpd. This is the simplest way to share files between the Virtual machines and your host machine.

First, we have to create a publicly accessible folder. Follow the commands below:

And add the following lines at the bottom:

Before installing Cuckoo module, make sure you are currently set as a superuser. Once done proceed the following commands mentions below:

After successful installation of Cuckoo, we will first check whether it is perfectly installed by first starting Cuckoo with the following command

If you see the same in your system as above then Cuckoo has been successfully installed.

Now copy the Cuckoo agent to the vmshared directory which we created earlier.

Next is to start the Cuckoo Web Server. But before that make sure you are still set as a superuser and type the commands provided below.

Under [mongodb], change the value of enabled to yes.

Save the file by hitting “ctrl+o” and enter and exit out of the editor by pressing “ctrl+x“.

Finally, we will start the cuckoo web server to check whether everything is working fine. Type the command:

If everything goes fine then you will see the Cuckoo Sandbox Webpage in your browser. The location of your Cuckoo would be mentioned in your terminal with the port number specified.

In the next few posts, we will be setting up a guest machine(s) for Cuckoo Sandbox and some additional steps where we will be hardening our VM so that the malware couldn’t bypass it.

Read More: How to Install and Get Cuckoo Sandbox Working Perfectly – Part II